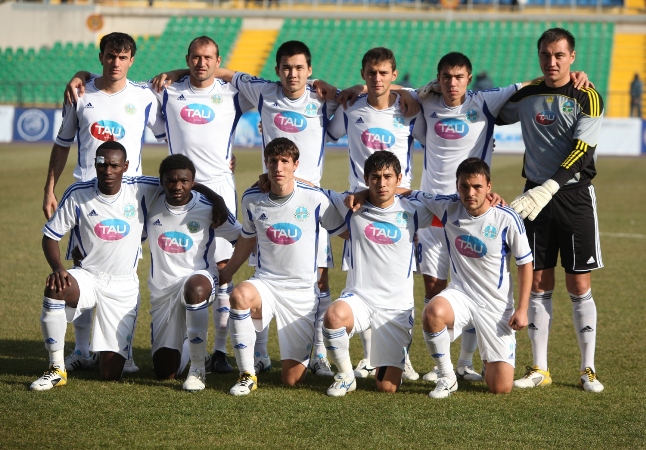 The rival was fourth in the recent Championship of Romania, and in the present tournament it holds the third place so far. However, Shymkent’s players hadn’t given in to this uneasy rival. The game was balanced, however about 10 minutes before the break our squad was reduced to ten. Mohamed Aruri attempting to stop one of “Rapid’s” key players hit the rival’s leg instead of the ball. The Tunisian was sent off with an injury. Fortunately, as it turned out later, the injury wasn’t serious – just a bruise. But anyway Mohamed will miss the next match.


Being in minority, Shymket’s squad hadn’t fallen back to defense. Of course, Romanians dominated with Chiprian Deak, however our players at times attempted to attack. In one case Virgila Dragia missed a good opportunity to send a header home after a free kick from the right side by substitute Andrew Mvesigva. On the other hand, Roman Nesterenko had saved a couple of times. In one episode it seemed that there was no possibility to same after a header from the Romanians, however “Ordabasy’s” keeper demonstrated a surprisingly good reaction. In such opposition the match ended 0:0.


Unfortunately, in a penalty shootout Romanians were luckier— 4:2.